MERSTHAM PROJECT – Here helping businesses reopen as we come out of lock down.

We were called by Merstham Football Club to visit their venue to look at the very old suspended ceiling.  The existing ceiling consisted of a 1200mm x 600mm plasterboard ceiling tile, all laid onto a 24mm wide white exposed ceiling gridwork.  The ceiling had also been overlaid with loose fibre glass insulation which made it difficult to lift the tiles for carrying out maintenance and replacement of light fittings and tiles.

The ceiling itself was suspended under the existing timber joists with a large loft space above which could be accessed via the loft ladder.  Access around the loft space was restricted due to old flexi ductwork which once would have been used for the extraction of cigarette smoke.  The metal smoke extractors were also still located within the ceilings, but of course were no longer used or broken as smoking in public spaces was banned many years ago!

We therefore proposed that the entire ceiling, lighting, ventilation units and ductwork were removed and a new suspended ceiling was fitted with improved sound absorption, better moisture resistance and better fire resistance.  We therefore installed the AMF TOPIQ tile and ceiling grid system which offers excellent moisture resistance, good light reflectance, insulation and of course good absorption of sound – perfect for the noisy football club members and band nights!  The old lights were then re-instated and or upgraded to LED spotlights.

If you would like more information or a guide on safe removal of obsolete ceiling systems and specifying correct ceiling systems, then please call us on 01932 874568; info@surreyceilingsltd.co.uk 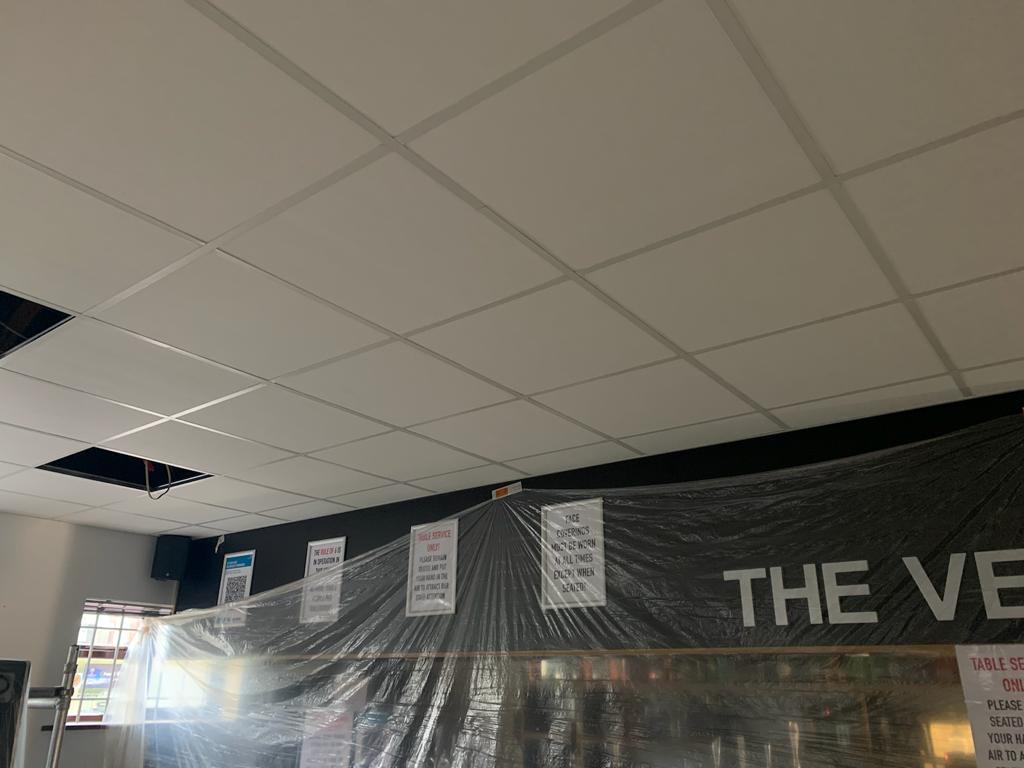 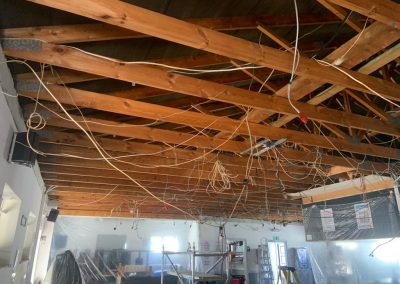 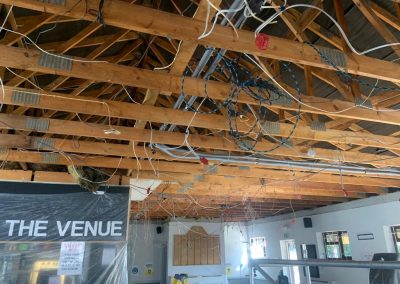